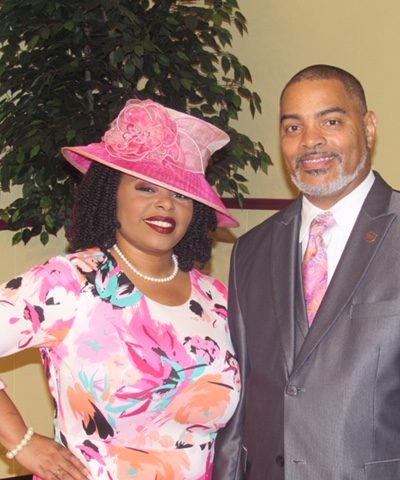 Pastor, From the Heart Church Ministries of Houston

Pastor Stephen White is a man who loves God and God’s people.  He is happily married to Reverend Kabrina White, his ‘good thing’ and together they have built a strong family and a strong ministry that consistently focuses on building families through hope, help, and healing.  Pastor White is a graduate of Texas Southern University where he earned a Bachelor of Arts degree in Music Education.  In 2004, he earned a Master of Arts degree in Organizational Management from the University of Phoenix.

For 19 years, the then ‘Reverend’ Stephen White developed a servant’s heart as he served as the Minister of Music at Holy Trinity Missionary Baptist Church as well as being ordained into the ministry of preaching under the leadership of Dr. Richard Jewel Rose.  In March 2000, ‘Reverend’ Stephen White organized Kingdom Builders Community Church, was officially called to be its pastor, and held its first public Worship Service in June of that same year.  Beginning in 2003, Pastor White began following the teaching ministry of Dr. John A. Cherry, Founder of From the Heart Church Ministries, Inc. ®.  The first Sunday of September 2008, Pastor White was ordained and installed as the Pastor of From the Heart Church Ministries of Houston.